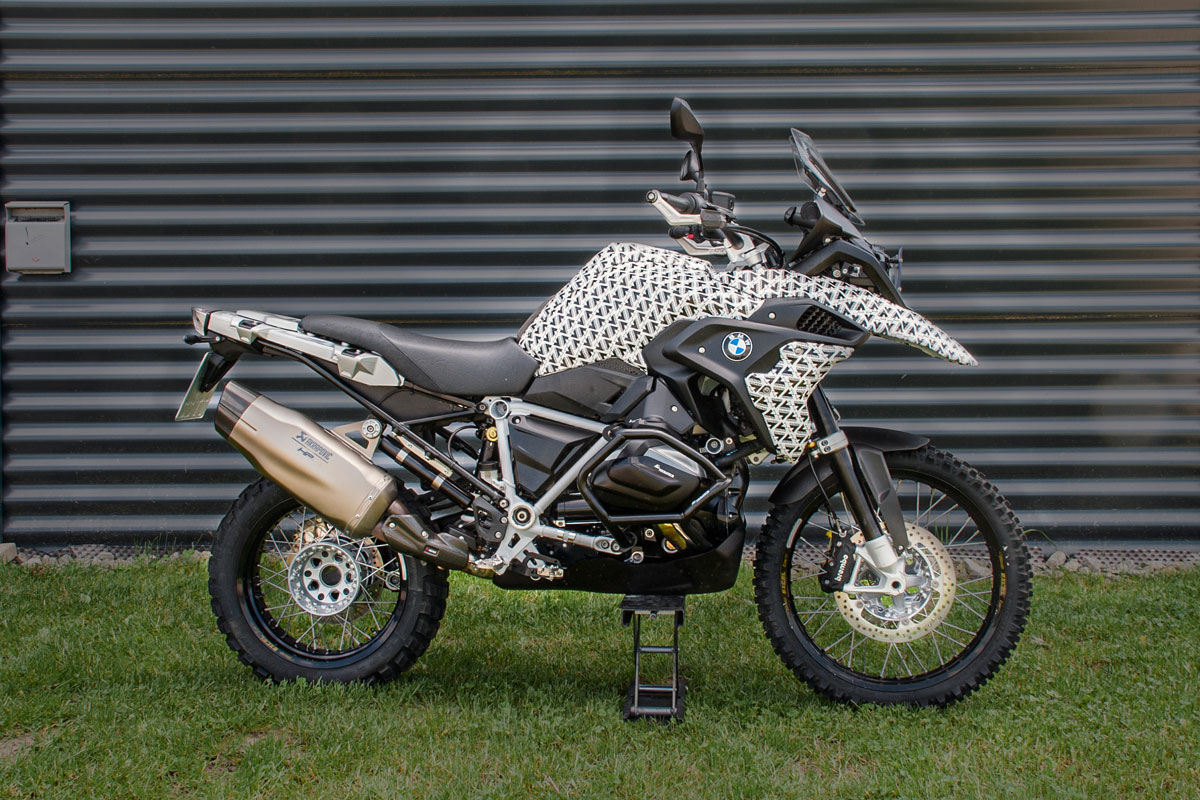 During tests for new electronic suspension elements (see page 76 et seq.) the Touratech R 1250 GS Rallye concept bike was developed. The heart of this radical conversion is a completely changed wheel control to accept a 21” wheel. The telelever suspension is kept and now rests again a special construction of a brand-new semi-active “Plug & Travel EVO” shock absorber. In this new series, an electronic shock absorber with more spring travel is used on the paralever.

The wheels with EXCEL wheel rims and reinforced V2A spokes are specially designed for use under difficult conditions. The front wheel rim has a width of 1.75” and a 90/90-21 tyre with coarse profile. On the rear 4.25 wheel rim, a 140/80-17 tyre is used. The Touratech suspension steering damper guarantees excellent stability at high speeds on rough undergrounds.

The mapping of the boxer was also changed to allow for racy off-road driving. The Akrapovič rear silencer and the modified airbox with UNI filter also are in line with these new characteristics and guarantee maximum air flow even with the highest dust loads.

After finishing the tests for the EVO suspension system, it is planned to use it for scouting for the next Adventure Country Track (ACT). The season’s highlight will be the participation of rally crack Dirk von Zitzewitz in the Transitalia Marathon 2022 riding this concept bike.

BMW and rally fans could already see the Touratech R 1250 GS Rallye live during the Touratech Travel Event (27th to 29th May) and many other events.