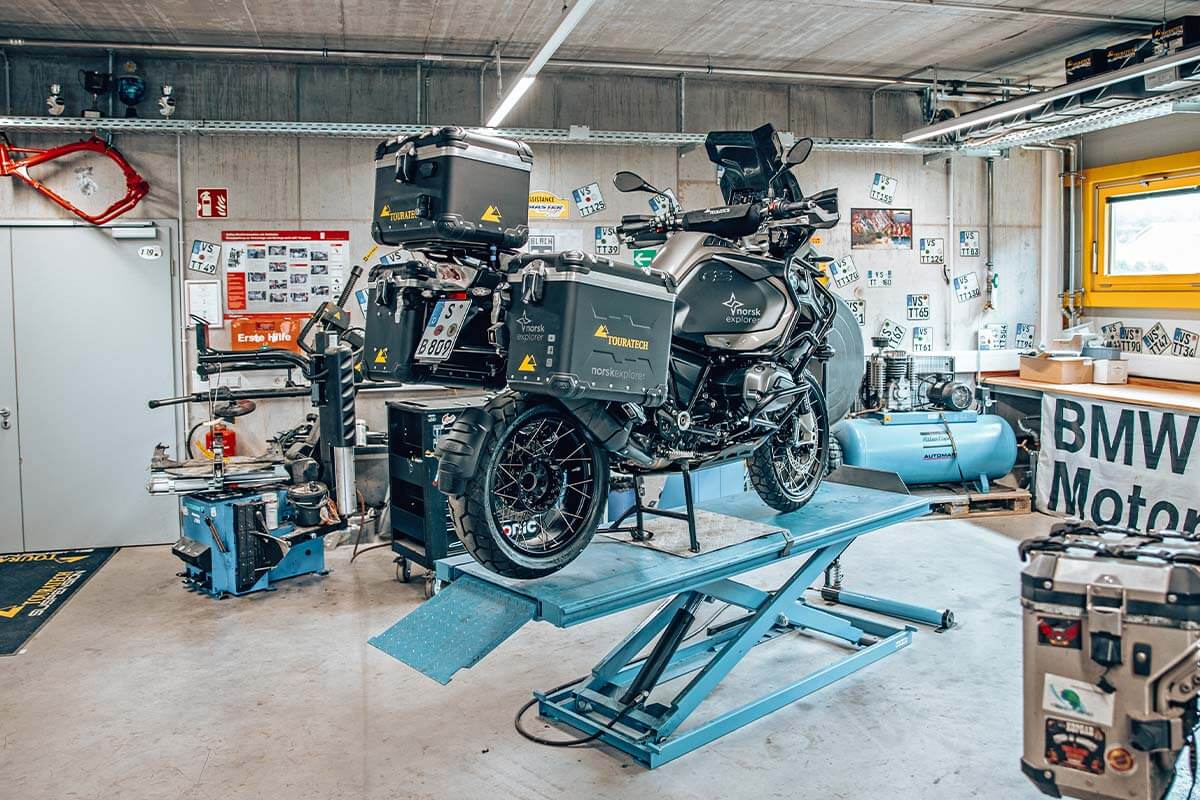 Benno (41) is on the road a lot with his motorcycle. Travelling is simply his passion. In just four years, he travelled to 28 countries and promptly had 70,000 kilometres on the clock of his 1200 GS.

Benno was actually quite happy with his bike. However, the original panniers were a bit small for his ever-expanding tours, and the ESA suspension system had also reached its limits once or twice.

So, what should he do? Getting a new machine after four years would certainly be an option. Or maybe he'd rather give the "old one" a new lease of life and customise it? 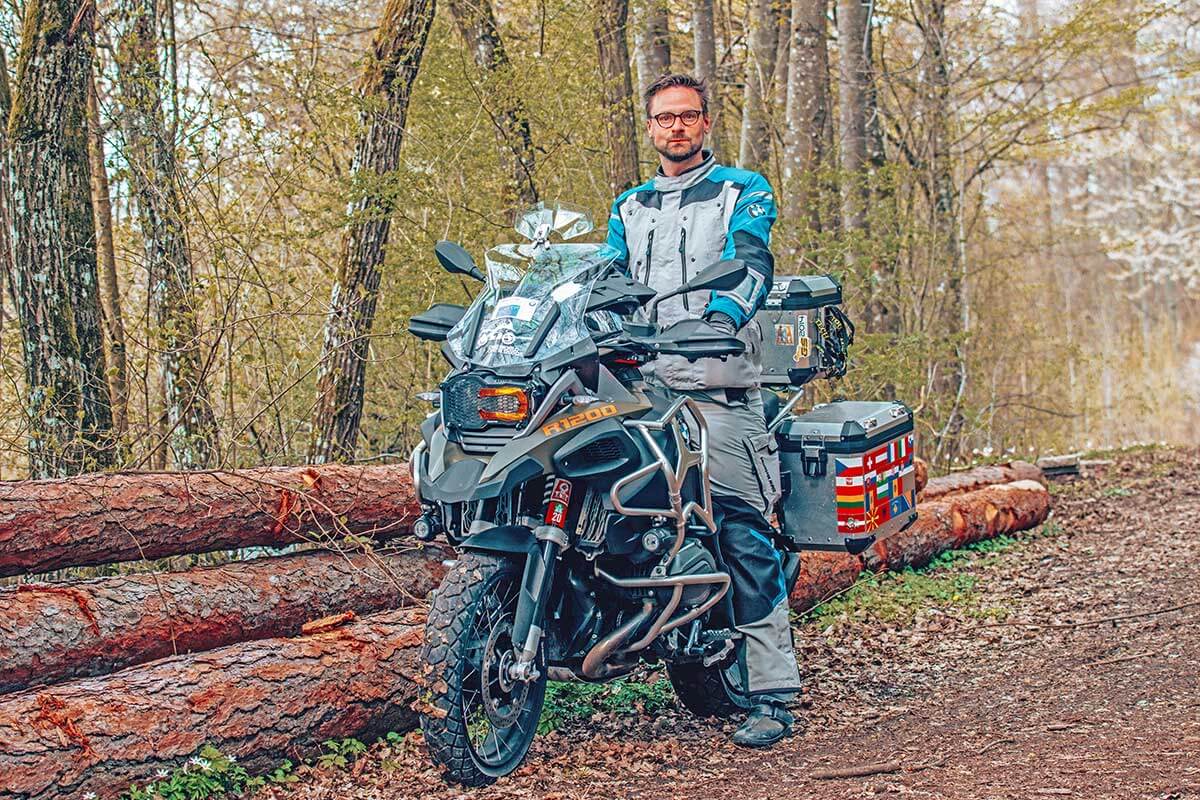 Selling was out of the question: Benno has too many fond memories of his BMW R 1200 GS.

After a consultation at Touratech, Benno decided on the second option. "Those boys really know what's important," Benno reports. "I described my ideas and they promptly pulled a concept out of the hat that fitted like a glove."

In addition to replacing the suspension system and fitting larger panniers, better ergonomics and a fresh look were at the top of the agenda. "On top of that, I wanted a specific paint scheme that would perfectly match the expedition vehicle I'm currently building on the basis of a Mercedes Benz Arocs 6x6 chassis," says Benno.

So, full steam ahead. The team, led by workshop manager Wolfgang Banholzer, took a close look at the good old 1200. The machine was completely stripped, every component was intensively scrutinised, cleaned, and replaced if necessary. 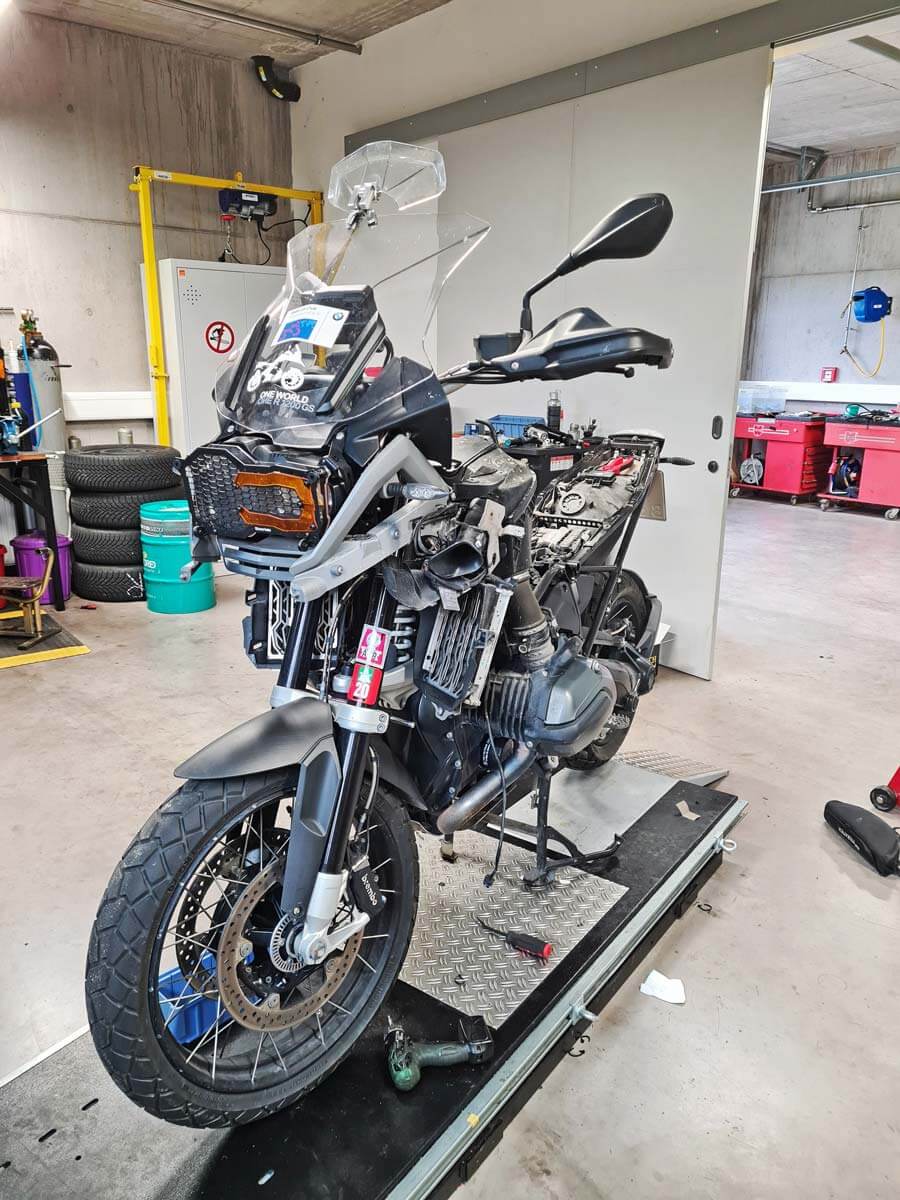 First the work, then the pleasure. The rear frame and exhaust were coated according to Benno's specifications, and the bodywork was painted metallic anthracite grey to match the Mercedes truck. "When I go on a big world tour with the expedition vehicle, the GS is my dinghy – everything tone on tone," says Benno happily.

Starting with the electronic ESA suspension system, the workshop team equipped the GS with an extensive parts package. After five weeks, Benno was able to welcome his faithful travelling companion back again. "When my "norsk explorer" was handed over, I was almost struck dumb," Benno recalls. "My GS with its 70,000 kilometres looked better than a new vehicle from the showroom!" This was apparently the impression had by many of the travellers Benno met on his first big tour after the conversion. "On my way to the North Cape, I was told several times what a cool machine it was – and asked whether it was a new 1250cc," the frequent traveller says.

There are sure to be many more exciting encounters when Benno goes on a grand tour with his expedition vehicle and 1200 GS rebuild. 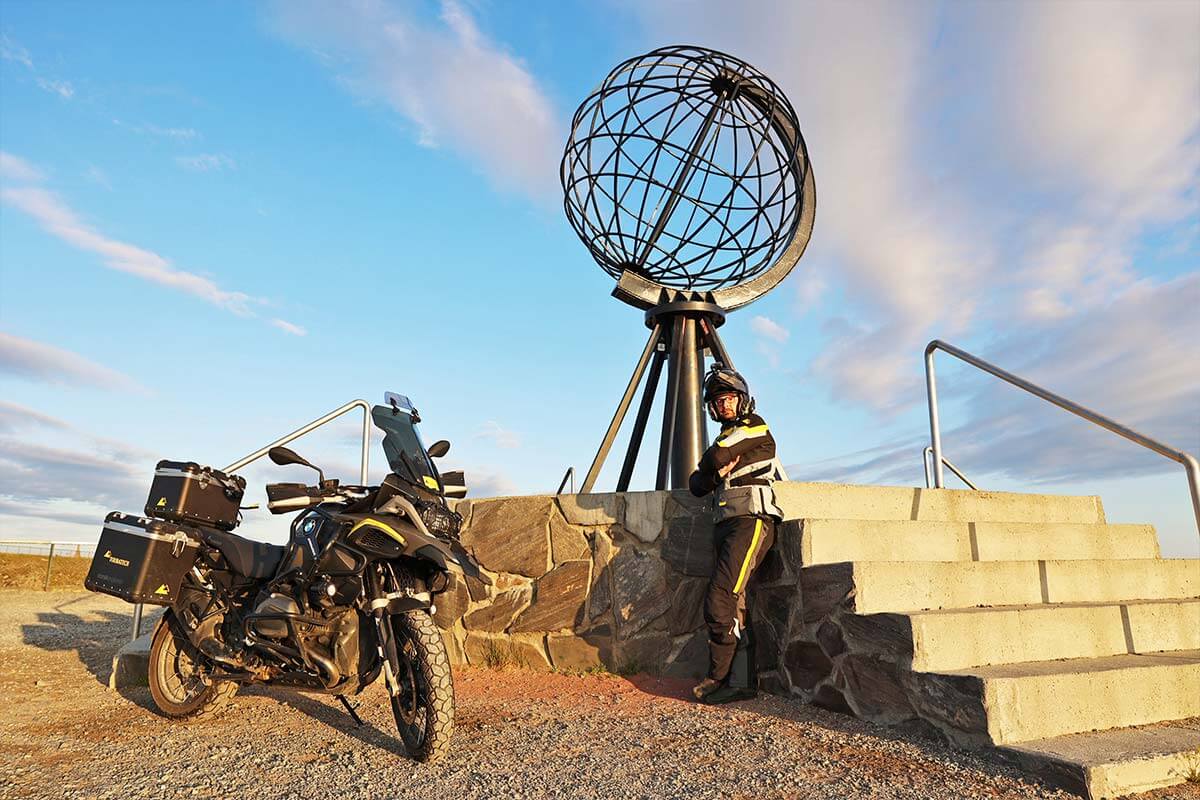 A trip to the North Cape was the first big endurance test for the completely rebuilt machine.

There are three exciting options when it comes to having your individual dream bike built with Touratech components.

With the Equipped option, an accessory package, put together according to the customer's wishes, is installed by our experts. New or used motorcycles can serve as the basis.

In the bike makeover described here, the machine was given a complete overhaul including a complete repaint, after consultation with the customer. Along with this, an individual equipment package was installed in our specialist workshop.

Touratech offers the World Travel Edition - WTE as a complete solution. Touratech experts build a comprehensively equipped machine on the basis of a factory-new motorcycle. The motorcycle is delivered by an authorised brand dealer situated near the customer. The factory warranty is maintained in full.

Vivien Benz and Marco Kempf will be happy to advise you. Contact at customize@touratech.de